Why Do Some Kids Put On Excess Weight?

Obesity in Indian children has increased significantly in the recent years. According to a study, after China, India has the largest number of obese children. Usually, 10 to 20% of the children between ages 5 to 17 years are overweight and obese in India. The parameter for measuring obesity in children and adults is BMI or Body Mass Index. 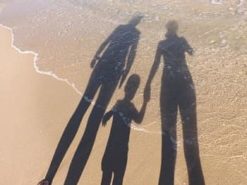 Genes play a vital role in causing obesity in children. If either of the parents is obese, there are high chances that the children will also be obese and the chances just get doubled if both the parents are obese. Children with no family history of obesity have lesser chances of being obese in comparison to the ones who have obesity in their genes. 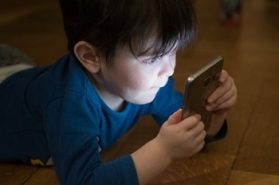 Lifestyle or environmental conditions are also responsible for obesity in children. Technology, especially TV, smartphones and gadgets have attracted the attention of the modern generation children and they are so much involved with all these things that they prefer lying on their bed or couch rather that do some physical activity. Some families provide extra comfort to their children and misunderstand being overweight with being healthy. Some children are indulged in digital games rather than going outside and play real games that require physical movements. Another environmental factor that affects a child’s health is lack of plying areas around the house. Also, the academics has also made the children become busy and push their limits to survive in the competition which is another reason they can’t spend enough time playing real games or doing physical activities. 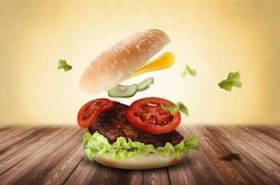 Food is one of the major culprits in the case of obesity in children. Children prefer eating junk foods or anything tempting whenever they go outside. The online food delivery apps have added to the comfort level. A family that encourages eating unhealthy foods can be responsible for the child’s obesity. Eating high calorie foods and not doing much physical activity make children prone to obesity. 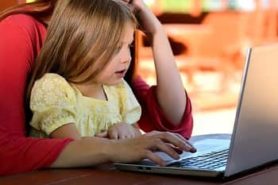 Another factor, which is often overlooked when we consider the causes of obesity, is psychology. A child learns and adapts many habits from his parents. If the parents prefer eating outside food or high-calorie foods and lead a lavish life where there is least scope of physical activities, children are more likely to turn obese. Sometimes, children who are stressed or bored eat too much to get rid of that specific mental state which leads to obesity.
Obesity in Indian children is an issue worth worrying. There are many complications associated with this condition like high blood pressure, diabetes, asthma, sleeping disorders etc. Not just obesity affects the health but it also brings down the self-esteem. Proper diet and regular exercise can be of great help for children suffering from obesity. Parents can also teach their children good eating and lifestyle related habits to prevent obesity in the initial stage only.
Read: Indian Children Growth Charts